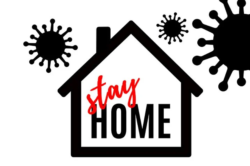 Everybody was told to stay home to prevent the spread of the virus. But what about those who don’t have a home? The homeless population is vulnerable even at the best of times, and they are especially at risk during the Covid-19 pandemic because they have little access to hygiene, and many have bad health.

Local, national and European authorities announced and implemented measures for the homeless in their cities. But during a time with so much information, such announcements may be underreported, and we may not follow up as needed: Were the announced initiatives implemented? How did they work? What will happen when they are suspended?

And what about the big pictures and the European perspective? What was done by cities and countries, what wasn’t? We compiled and documented the measures for the homeless by authorities from all over Europe in an open database that journalists and researchers can use: Announcements regarding the homeless 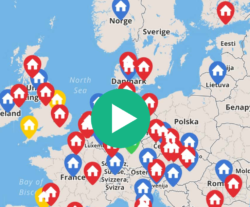 To make both compilations accessible in an alternative way, and to visualise where all those measures were taking place, we created an interactive map: Mapping measures about housing during the coronavirus crisis in Europe

These are collaborative resources in two senses: they are open to contributions by anyone who has sourced information, and they are open as research material to anyone interested in reporting on these issues.

They were well received by the Arena Housing Network and beyond, and have been mentioned by DataJournalism of the European Journalism Centre and by Housing Europe, among others.

We see patterns together – story in the EU Observer

Providing that kind of transnational overview and looking for emerging patterns across Europe is another of the Arena Housing Project’s aims. 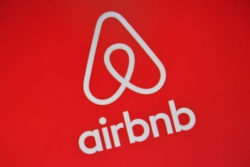 Thanks to network members’ contributions to the Arena Housing Mailing List, we spotted an interesting phenomenon happening in several European cities: flats that formerly were only listed as short-term rentals on Airbnb and other such platforms began to appear as long-term rental on real estate agencies’ websites.

We then wrote a curatorial journalism article about this phenomenon in the EU Observer, and we are happy to see that some members of the Housing Network are now following up on it by researching that same issue in their home cities and countries.

We develop the project together – survey of the activities

The Arena Housing Mailing List matures (we launched it in September 2019), and we get closer to launching more collaborative tools as part of the Housing Project, so we wanted to know what members of our network thought of the Housing List.

An online survey gave us – despite not getting a huge number of answers – interesting insights about the most active network members.

The bottom line is that people are very happy about getting resources they can use in their work: namely contacts, data and information that may lead to stories, and an overview of the situation in many different parts of Europe.

That means there is a big opportunity to make the list even more useful if we get used to sharing more and consider the collaborative possibilities of our work earlier:

In response to what could make the Arena Housing List more useful, respondents generally asked for the resources shared in the list to be gathered and listed in one place.

Some people would like to have a more private forum to allow for a more conversational style of communication, and some respondents would also appreciate being able to use an online collaborative environment.

And those are precisely the next steps in developing the Arena Housing Project:

At Arena, we believe that collaboration makes journalism more powerful by multiplying individual journalists’ and media outlets’ research capacities, by allowing for more in-depth and comprehensive reporting, and by making such work more visible and impactful.

The coronavirus crisis has made even clearer and more relevant how important collaborative journalism is if we want to research and report on highly complex issues that don’t really care about borders.

And that’s also the case when it comes to housing, to the many dimensions of the climate crisis, and to many other topics of which the underlying structures, the main actors and the effects are transnational by nature.